5 months ago 13 min read
By using our website, you agree to the use of cookies.
Learn more Got it!

Home > Main > The History of Beards: From Caveman to Hipster 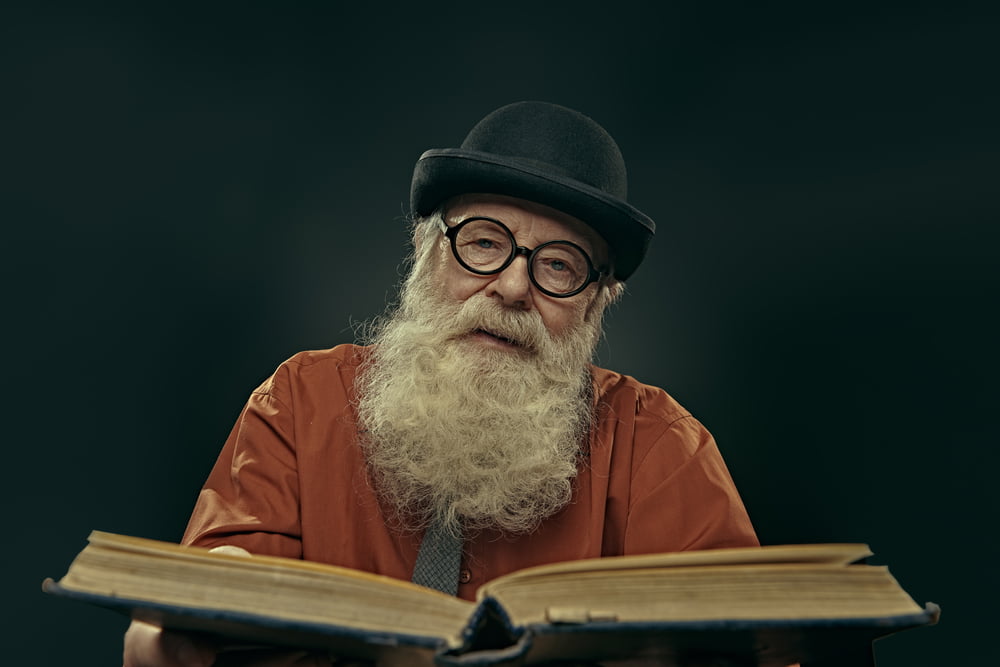 The History of Beards: From Caveman to Hipster

The History of Beards – There’s no doubt that beards are definitely ‘in’ at the moment.

Throw a rock and you’re bound to hit several bearded gents in any shop, boardroom, restaurant or gym (don’t try this in real life). City streets are getting hairier. Trendy suburbs are finding themselves practically overrun with hipsters emulating Ned Kelly’s rebellious bushy style (minus the gnarly metal headgear).

Anyone might think that we’ve only just learned to embrace our facial hair in all its beardy glory. Not so. As with most modern trends, the beard has enjoyed multiple rounds of popularity over the years.

Let’s step back in time and have a look, shall we?

Back in the BC

Way back at the dawn of humanity, we were more concerned with catching dinner (or avoiding becoming dinner) than our appearance. So inventing little tools to man-sculpt our faces wasn’t big on our to-do list.

But as different cultures developed, people started thinking more about their patches of face hair. Mesopotamian civilisations saw the beard as more than just covering that keeps the face warm. A well-groomed beard became an indicator of status. Dishonoured civilians underwent a shame shaving and the embarrassment of displaying their naked mug on the streets.

In Egypt’s First and Second Dynasties, beards were oiled, curled, beaded, and perfumed. In every cultured society, a well-maintained beard became the way to basically say to your neighbour, ‘Hey man, I’m better than you’.

Soon generals were finding that in battle there was actually a lot of beard pulling going on. And not in a girly fight ponytail kind of way – having a beard meant your enemy could grab hold of that sucker and stab, chop, or slice away at you with wild and grisly abandon. So generals started banning the beard.

The clergy also decided that having a clean shaven face was the new way to be holy. Religiously conscious people (so pretty much everyone back then) started emulating their local priests in an attempt at staying on God’s good side.

During the Renaissance years (1300-1700), things started to turn around for the beard. Artists and other intellectuals grew their beards as a symbol of their rejection of the Church’s problematic mentality. This was the first connection between having a beard and being a rebel.

Medical experts declared that having facial hair was good for you (nice one, nature), so society was once again on the beard’s side. Oh, and beards were also first considered a sign of virility and sexual potency during this time, so you can bet every fella tried to grow the bushiest and thickest face blanket possible.

By the end of the 1850s, beards were so popular that men were basically expected to have one. Doctors were cottoning on to the concept of teeny little nasties called ‘germs’, and recommended men grow facial hair as a sort of filtering system to ward off illness.

Men embraced the beard with gusto and invented many different types. Some men went for the goatee look, some snipped theirs into precise shapes incorporating moustaches and crazy long sideburns.

Facial hair became so popular that most European armies made it mandatory for all officers to grow a moustache. But this military association meant that facial hair gained negative connotations. So once again the beard fell out of style... but the moustache still appeared occasionally.

In the 1920s and 1930s, beards were no longer considered trendy. They were just for old men. Right up until the 1950s, facial hair on men below the age of 50 was a rare sight… except for the occasional goatee or pencil moustache popularised by Errol Flynn and Clark Gable.

Facial hair made its 20th-century comeback through counter culture. First with beatniks in the 1950s, then with hippies of the 1960s. Musicians, philosophers and revolutionaries all sparked frenzies of bearded idolatry. Beards became a symbol of creativity and rebelliousness.

But nothing prepared us for the beard comeback of the 70s. Bands like the Bee Gees sparked full scale beard love. Hair was everywhere. The bigger and bushier the better.

The 90s were a confusing time for many. After the last pieces of glitter from the 80s were finally swept away, people were asking ‘What now? How do I present myself to the world?’ So a few crazy things happened as gents of the 90s experimented with the way they looked.

Some guys plaited their beards, some trimmed them into bizarre lines along their jaws, and some settled for a simple soul patch on the chin.

Thank goodness, they’re (mostly) gone. And today we are left with the good old goatee, classic stubble, and full beard.

Like all fashion accessories, beards tend to rise and fall in popularity as social ideals shift. I’m not sure how long this current beard craze is going to last, but I think it’s here to stay for a few more years at least. And I’m a happy man for as long as it does.

A well maintained beard can completely change your appearance for the better and give your self-confidence one hell of a boost.

Minoxidil For Beard 101: Does it REALLY Promotes Beard Growth?

Guide on How to SHAPE your beard properly

How to Make Your Beard Soft – 8 Easy Beard Softening Tips

How to use Mustache Wax Correctly and Effectively